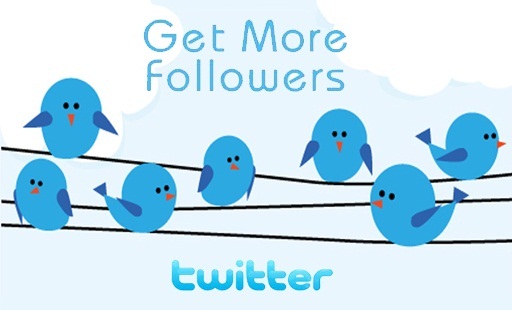 Facebook grows with more speed than Twitter, but Twitter is also a Best social networking site that can give you many Customers assuming that you have real followers.

But there is a huge difference in ROI between real followers and Fake followers (Purchased followers). If you purchase Followers directly, they’ll not be active, nor they will purchase your product.

If you invest in making an interesting piece of content and publishing it on Twitter, you will get Real followers who will trust you as well as they will purchase the product you’ll recommend.

Long Story short, It’s not the good idea to purchase Followers on Twitter. It will not give you 1% ROI too.

Before getting started, I want to show you why big names Use Twitter or what is the advantage of having followers on Twitter.

If you are just getting started with your company, or you want to increase the awareness of your brand, It’s good to invest in Twitter.

Coming back to the point, after Lots of stats, Assuming that you have just made the account on twitter, It will be hard to think about getting 1000 followers from 0.

So, I’ve created this guide to help you in the case given above. If you have 1000 Followers and want to increase it, you can use the same techniques.

Now, Let us get started with the real techniques…

Use the Power of HashTags

This topic is common, and everyone writes about it in the guides written for tips to get twitter followers. I’ve added this into my guide with more stats and good personal experience.

According to me, you should start using hashtags on Twitter as soon as possible because, in near future, they are not going to help you to get more followers. 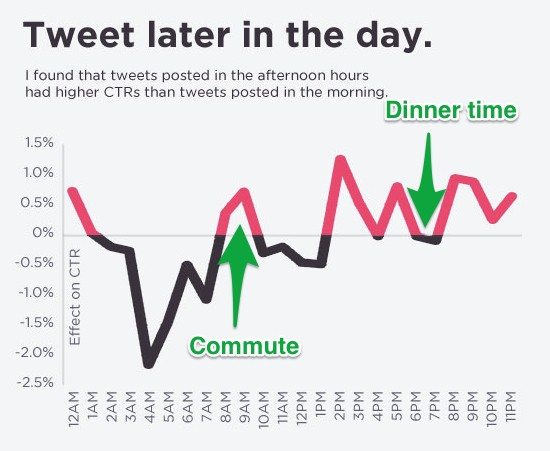 Personally, Honestly, Using Hashtags in Twitter tweets helped me to drive lots of followers and likes to the tweets.

I’ve Experimented Many times by tweeting without Hashtags and by using Hashtags. Every time, the result was, using Hashtags on Twitter helped me to get more likes and followers.

So, How to use Hashtags?

It’s simple, for example, I want to tweet about the latest article published on technowlogy.org which is related to SEO. I will simply tweet as given below.

Hey, Check Out the new article on technowlogy.org related to #blogging and #seo -> ARTICLE_URL

This technique worked for me every time. Currently, after reading the article, just open my Twitter Profile and you’ll find the similar tweet about this article.

You’ll be happy to know that whenever I post such tweets; I get some followers within 30 minutes of publishing the tweet.

Now, Here comes the tricky part to attract new followers and getting traffic from current followers…

How can you know when your followers are online?

I have the solution for finding the time when you’ll get most exposure out of your tweets. The name of the tool is tweriod.com. Just visit the Tools homepage and you’ll be told to log in through Twitter.

Login through twitter and after that, Tweriod will analyze your followers and will give you the time when you will get most Exposure.

Here’s the Result I got. One more thing you will be happy to read is, this tool is free and will give you detailed information about when your followers will be online.

Here are the hourly Stats of Weekdays of how many of my followers remain online. It will be beneficial for me if I will publish my tweets at 1 PM, 6 PM or 7 PM. Because at that time, my followers will be online.

What you can do next is you can schedule Tweets using the tools like futuretweets.com at the optimized time given by Tweriod.

These tools will help you to get more reach on Twitter tweets and finally, more followers because the peoples with same interest will be online at the same time when you will schedule the tweets.

If you use hashtags in scheduled tweets, it will help you to reach more peoples having same interests. They will follow you if you publish some interesting content.

By using this technique, you can boost up the number of Twitter followers.

I don’t create any section without having the technique to make it easier.

So, how is it possible?

You can simply tweet by allowing some tools like Quora. When you answer any question on Quora, Just turn on the option to tweet when the answer is live.

It will tweet on Twitter whenever you publish new answer on Twitter. It will help you to drive the followers that will be of similar interest.

You can’t schedule these tweets because it will be done with your actions. So, don’t care about the time to write the answers. Yes, If you want to publish such tweets at peak times, Just write the answers on Quora at the peak times of Twitter.

By answering on Quora, not only you will drive a good number of followers, but you will also drive some traffic to your Quora answer which will increase your authority and trust.

You can use these techniques to get Genuine followers, and if you want to invest, you can create an interesting piece of content, and you can publish it at the peak times to get more exposure.

If you have any questions related to this topic, you can surely comment it down so that I can help you to solve. Subscribe and share to help me spread the hard earned Knowledge.